Narcolepsy and Increases in Creativity and Art

We are the nap takers, and we are the dreamers of dreams. - adapted from Ode by Arthur O'Shaughnessy

As a person with narcolepsy active in social media and the advocate community, I have the opportunity to witness the creative geniuses living with narcolepsy. From architects to metal sculptors, to crocheters, to painters, to illustrators, to poets, to anthropomorphic rock sculptors (ahem...that’s me) there is creative expression around every corner.

My creativity has been expressed through artwork since before my symptom onset, most notably after my condition appeared. In middle school and high school, I used “abstract doodling” as a way to stay awake in class. Many of these works of art transcended any learning that was taking place.

Creativity through pen and paper

Even before my diagnosis, I found that at many points throughout the day, the brain was still on and creativity flowing, long after my ability to focus was gone. I would spend hours at night drawing while “watching television” oblivious to the world/time around me.

Eventually, I would succumb to my narcolepsy nemesis and sleep/dream, but I could delay sleep for hours during these sessions. I had amassed multiples folders of artwork from my mid-teens to my late-20s. My approach and preference evolved over time, but for the most part, my medium was pen and paper. From free-associated line patterns to abstract geometric designs I would draw as my mind created. 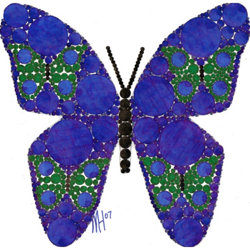 I learned that paper and pen had a mortal enemy in its quest for preservation — water. During the Nashville Floods of 2010, my family and I lost more than 90 percent of our possessions. Some of the hardest moments of clean-up involved sorting through my masterpieces that had turned into kaleidoscope renditions.

My countless hours of artistic expression had turned into brown and blurry blights. The passion and light that once filled my mind was replaced with melancholy and darkness along with a drive to replace my kids’ possessions.

There was to be little to no creation until I was able to provide stable housing for my family. It was a simple case of Maslow’s hierarchy of needs. The self-actualization that was required for creativity could not be realized until my basic and psychological needs had been met.

Rekindling the flame of creative expression

My family's new house was located in a hotbed for invertebrate fossils from when Tennessee was an ocean during the Devonian period (some 360 to 420 million years ago). When I began to locate these fossils, my childhood memories and passions for collecting these treasures were rekindled.

I remembered what I had been collecting was an invertebrate called a crinoid. I collected buckets of these crinoids along with coral rugosa, and brachiopods and rocks from the regions more life-like geologic gifts. Late at night, I began assembling these rocks and fossils into detailed sculptures resembling faces and animals along with “nightmares” that begged to be created.

It was a flow of creativity I hadn’t felt since my days of illustrating. Only instead of paper, this medium had already survived millions of years, a 500-year flood won't take these creations from me.

What was spurring on this renaissance of sleepy art? I looked to where I always look for answers — science. Science did not disappoint.

A link between dreaming and creativity?

Scientists have discovered that there is a high correlation between dream recall frequency and complexity with higher creativity. Numerous anecdotes provide evidence of dreams and REM sleep as a creative inspiration. The poet Saint-Pol-Roux had a sign on his bedroom door that read “Do not disturb: Poet at work.”1

To dream is to create.

The gift of artistic expression

On the StarTalk radio desk of Dr. Neil deGrasse Tyson, one of the nation’s prominent astrophysicists is one of my favorite creations, Rock Pablo. It was my way of thanking the scientific community and one of my heroes. I connected with his social media representatives and asked if Dr. Tyson would appreciate fan art.

He did, and off went Rock Pablo to New York including a side trip to the Bronx Museum. I received some photos of my sculpture on his desk, but more than that, I received validation in my new medium of rock and fossil art. 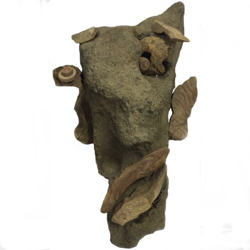 Appreciation of an artist’s work doesn’t pay the bills, but it fuels the creative tank. I now collect fossils with my 7-year-old son, and he has managed to go from student to master. It is a bonding activity with my son, and it adds to the purpose and story behind my artwork.

There are many artists in this community who can receive proper monetary consideration, but I am content to gift my work to those who have blessed me. The World’s Strongest Person having narcolepsy with cataplexy approved this message.

9 comments
This article represents the opinions, thoughts, and experiences of the author; none of this content has been paid for by any advertiser. The Narcolepsy.Sleep-Disorders.net team does not recommend or endorse any products or treatments discussed herein. Learn more about how we maintain editorial integrity here.

Do you feel that others judge the severity of your narcolepsy based on how you look?