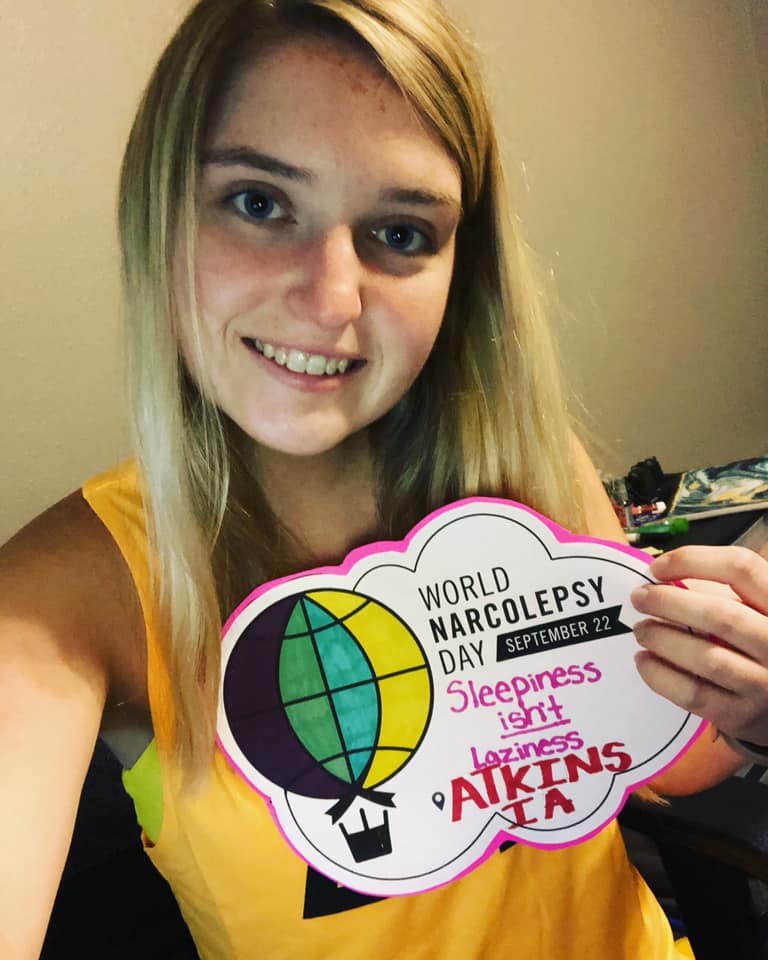 My name is Tara O’Connor. I am almost 24 years old and I have narcolepsy. I am a volunteer EMT, auntie, and narcolepsy advocate. I went well over half of my life having symptoms of narcolepsy and getting a wrong diagnosis.

Before I was diagnosed with Narcolepsy, I always felt like there was something off with my body. I went to numerous doctors, had countless tests done, and tried way too many medications, all because doctors “thought” I had other conditions. I never heard the word narcolepsy other than maybe in movies before my doctor had brought it up. When they told me that my MLST showed I do have narcolepsy, I was in complete shock. I had no idea what was going to happen next. I had no idea how many lifestyle changes I was going to have to make. Some good, some difficult, some that sounded nearly impossible.

I still to this day know zero people who have narcolepsy besides online. I still feel very alone in my journey, but as I learn new things daily about narcolepsy, I am able to share more and more about it. What I learned going through this journey alone, is that listening to your body and advocating for yourself is so important. It is not an easy thing to do, believe me. I am slowly getting better at it and will continue to every day. My biggest goal is to someday, be able to have a job that allows me to spread awareness full time. I am very passionate about what is important to me. Just remember, no one is alone, and we truly are all in this together.

Click here to read all of Tara's articles on Narcolepsy.Sleep-Disorders.net

My Second Semester of College

The Importance of Sleep Routines and Self-Care