My Personal Journey to Self-Advocacy

The journey to receiving a confirmed diagnosis of Narcolepsy 1, was a long and extremely frustrating one, to say the least. Initially, when I was having symptoms I would chalk it all up to “that’s just life”. Also in the face of being a mother of 3 including a newborn, it made sense to be tired and sleepy all of the time. Then one day I belted out a huge laugh and boom, I fell to the floor. This is where the journey for my diagnosis began. I went to my primary care physician (PCP) who referred me to a Neurologist, who could not get to the bottom of it. Therefore, the Neurologist assured me that he was sending me to an excellent Neurology specialist. The specialist performed an EEG (Electroencephalogram).

During this time when I was going to multiple doctor visits, I had just returned to work from my maternity leave. To add, I would often be late to work from fighting sleepiness on the drive to work. My poor attendance became a part of the very reason why I was beyond desperate to get solutions because I would not know what to do if I lost my job.

Finding someone that understands

Now finally, after one doctor, two Neurologists, a week-long hospital stay, and more ER visits than I can count, I get to a Neurology specialist and educator well versed in all things Neurological. On my very first visit with her, she was the first one who understood my symptoms immediately after I mentioned that I had collapsed after laughing. She then explained to me that she needed to run some tests but that it sounded like I had something called Narcolepsy with Cataplexy (Narcolepsy 1). After my appointment with her, I immediately went home and looked it up on my computer (this was before the smartphone era). I was so super relieved to see all of my symptoms right there in front of my eyes. I remember thinking “oh my freakin God” I am not crazy after all, because I was beginning to believe it was all in my head.

Four years to get a diagnosis

Unfortunately, it would be four years from this point before I would have a confirmed diagnosis by way of receiving a sleep study called a polysomnogram. followed by an MSLT. Why did it take four years? It took four years because I had to deal with the politics behind having not so great health insurance. At first, I could not understand what was happening or even why it was happening. The final Neurology specialist ordered a sleep study for me to get a confirmed diagnosis. I was so excited about getting to the solution to get back to life as I knew it. The night I was scheduled to have my sleep study, I arrived happily ready to go through the process.

It had been explained to me that I would first have the polysomnogram over the night time while I slept, then the following morning the MSLT to complete the study and to confirm that I had narcolepsy. They placed all of the probes on my head and I went to sleep for the night. The next morning they took the probes off, wrapped them up, and said they would give the results to my Neurologist. I said wait, but what about the MSLT, they said we just have an order for a polysomnogram and left. When I saw my Neurologist again she informed me that a mistake had been made and that she would schedule another sleep study. To my dismay, the Neurology specialty department I had been attending stopped accepting my insurance before we could complete the task.

As a matter of fact, not only did I lose my Neurology specialist but everything in my personal life began to fall apart. Although I was on temporary disability, it was still crucial that I receive treatment before the year was up for me to go back to work. This is when my self-advocacy began and I started researching clinical trials for people with narcolepsy. I was doing so much in terms of reaching out for help, that I never even realized that I had reached out to Dr. Emmanuel Mignot from Stanford University, the Doctor responsible for finding the cause of narcolepsy. When Dr. Mignot’s s assistant called me I was clueless about the fact that this was a very big deal. The way that I had reported my cataplexy was not typical and she had some questions for me. Little did I know but this would later (4yrs) come to be the contact to get me some results.

Trying to get a sleep study and MSLT

By now, my family and I had moved a hundred miles from where we previously lived and I had to get all new doctors. For a short time, my new Doctor could prescribe Provigil for me until the insurance demanded the results of my sleep study. The Doctor ordered a sleep study for me. So, the sleep center contacted me to schedule the appointment, and this time I knew to ask; “excuse me but my sleep study is to get a confirmed diagnosis for narcolepsy vs sleep apnea, so am I scheduled for both a polysomnogram and an MSLT?”. The person that I was speaking to put me on hold to check, and when they returned I was informed that I was only receiving a polysomnogram. By this time I have a better understanding of what is going on. The sleep center did not make the appointment and said that they would get back to me. Afterward, I went back to my Doctor to be sure that the two tests were ordered together and I was assured that they had been ordered correctly. Of course, now all of my suspicions have been confirmed. The Doctor would repeat this order several more times and either the sleep center was trying to schedule me for an MSLT alone, or the polysomnogram alone, but not one time were the two scheduled together. The process from my Doctors orders to the sleep center included approval from my HMO first.

My next move was contacting Dr. Mignot’s assistant and to ask if they could help me in any way. I was able to submit blood samples for narcolepsy research. I stayed focused on my objective and I was very understanding with everyone working together to help me except for my HMO. I am laughing now many years later because I remember telling them that I was going to write about this. The most vital information of this entire story is this; one healthcare professional (whom I would never identify) gave me some pertinent advice and told me to try to find a Doctor that was attached to a hospital where all of their specialists are under the same hospital. I took this advice and ran with it. I moved again to achieve the goal of getting all new doctors again but this time my doctor worked for a hospital where all of its specialists were a part of this hospital.

As soon as I had my first appointment with my new PCP I brought with me copies of the dialogue shared between myself and Dr. Mignot’s assistant via email. The level of respect and care that was taken made me feel like I had found the golden ticket. My proper sleep study was scheduled and FINALLY, my diagnosis had been confirmed after 4 long years and me losing everything in that process. I have since rebuilt a whole new life for myself and things are good or I would not have been able to write about it today. 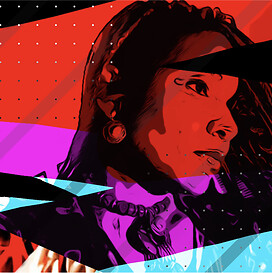 Want to share your own narcolepsy story? Submit here.

Eating With Narcolepsy Makes Me Tired

5 comments
This article represents the opinions, thoughts, and experiences of the author; none of this content has been paid for by any advertiser. The Narcolepsy.Sleep-Disorders.net team does not recommend or endorse any products or treatments discussed herein. Learn more about how we maintain editorial integrity here.

Please read our rules before commenting.

Have you taken our In America Survey yet?